Copyright 2021 - All Right Reserved
Home » The Stock Market Is Getting Crushed Again. But the Pain Is Almost Over.
Investment market

The Stock Market Is Getting Crushed Again. But the Pain Is Almost Over. 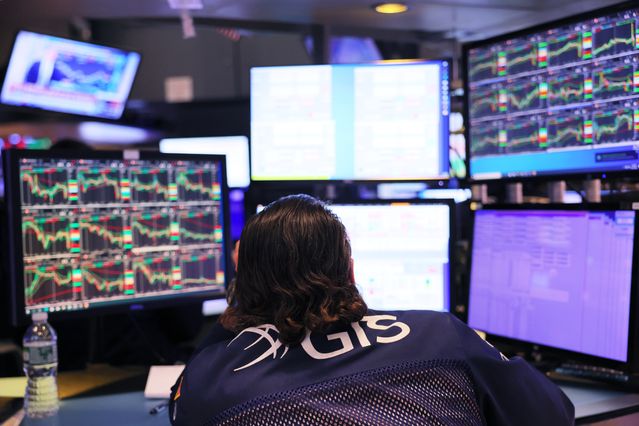 The stock market has once again gone into selloff mode, but there is still reason to believe it is close to finding a floor—and moving higher again.

The S&P 500SPX –0.84%  is down more than 2% since Tuesday’s close. That was the last day of trading before the Federal Reserve announced its decision to lift the federal-funds rate by three quarters of a percentage point.

The Fed’s announcement also showed that the majority of committee members see a higher peak fed-funds rate than what the market had expected.

The Fed is trying to stamp out inflation by reducing economic demand, which is hurting the stock market. Now, the S&P 500 is resuming a larger decline, down more than 12% since the peak of a summer rally.

Part of the problem is that the higher short-term rates are pushing longer-term bond yields upward.

Right now, that is causing the “real yield” on the 10-Year Treasury bond to rise to about 1.3 percentage points. That means the simple yield is that much higher than average annual inflation expectations for the next 10 years of 2.38%.

A higher inflation-adjusted rate of return on a safe government bond makes the riskier stock market slightly less attractive. It lowers the multiple of expected near-term earnings that investors are willing to pay. The S&P 500’s aggregate forward price/earnings multiple has dropped to about 16 times from just over 20 times at the start of the year. The index is now just below 3800.

The good news is that the worst may be almost over now.

His thesis starts with a declining rate of inflation. The consumer price index’s year over year gain has declined for two consecutive months. To be sure, inflation is declining more slowly than the market had anticipated, but it is dropping nonetheless. For three-month windows, namely June through August, the annualized rate of inflation has been cut in half, Bannister notes.

That means the 10-year yield could decline as investors bid up the price, sending its interest rate downward.