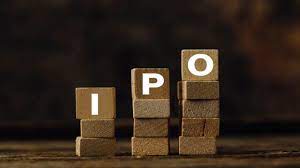 Bengaluru-based tea cafe chain Chai Point plans to launch its initial public offering (IPO) in the next 18-24 months and is banking on its brewing systems through which it is unlocking new partnerships, as the segment sees soaring competition with an increasing number of players.

“Over the last one-and-a-half years, we have invested a lot in technology, building the brewing machines as we are driving for profitability. The goal is to list the company in about 18-24 months,” Amuleek Singh Bijral, Co-founder and CEO of Chai Point, told Moneycontrol.

In the last few years, the chain has started focusing on manufacturing its own brewing machines, and has so far installed 5,000 machines across 19 cities in the country through its business-to-business-to- consumer (B2B2C) channel. The company, which was launched in 2010, operates 180 retail outlets in nine cities.

Apart from its retail outlets, Chai Point now has different sets of clientele grouped under corporates, third-party retail outlets and separately also sells packaged goods via marketplaces as well as its own outlets.

To third-party retail outlets, it offers them branding of ‘My Chai Corner’, leases the machine and its processes, and the consumables, which are procured by the third-party outlet through Chai Point’s platform. Bijral says this will help in wide expansion of their footprint while controlling quality, and all third-party outlets under this My Chai Corner will be collated on one app.

“You can imagine us as becoming the OYO of chai,” Bijral explained.

These brewing systems are what he believes will help them scale. “While the brand vector will be our Chai Point stores, brewing machines will be our scale vector. The goal is to achieve arms reach convenience (ARC).”

When asked how this brewing system is different from coffee machines seen in many offices, the CEO says that these come with an Android software where all aspects of how a consumer prefers her/her tea can be customised once through the app and then saved for the future to ensure consistency.

These machines are also being deployed in corporates like Intel, Microsoft, VMware and Amazon. Currently, corporates contribute around 40 percent to the business, while retail stands at 57 percent.

Bijral added that consumption is back to pre-Covid levels in cities like Mumbai, Chennai and Delhi. In Bengaluru, tech parks and a few other pockets are not yet back to the same level.

Bengaluru, however, continues to be Chai Point’s biggest market, followed by NCR.

On the growing competitive landscape, Bijral said, “Competition is not only in technology, but also in the assurance of quality and consistency at scale. It is not just the brewing system, but also the software that is required to manage it. It requires maintenance, ingredients, hygiene, availability.”

While Chai Point has entered the coffee market as well with filter coffee and bean-to-cup offerings, Bijral says though there are competitors in various lines of offerings, there is no single comprehensive player.

To put it into perspective, on the storefront, Chai Point currently competes with players like Chaayos, Starbucks, Cafe Coffee Day and Hatti Kaapi on the retail front, along with smaller standalone players. On the corporate front, it is competing with Coffee Day and Lavazza as they deploy machines in corporate offices.

“The ecosystem that needs to be built around this brewing machine takes time. We have a lot of competition on our storefront, but when it comes to the strategy of brewing systems, it thins down. The strategy of giving it to the third-party and aggregating is not something that is being pursued by others.”Till date, Chai Point has raised around $55 million from investors like Saama Capital, and Eight Roads Ventures, among others. The last available financials for Chai Point are for FY21, when business was impacted by the pandemic. For FY21, its losses jumped to Rs 78.5 crore from Rs 47.7 crore in FY20, while operating revenue was down to Rs 55.7 crore from Rs 189 crore the preceding year.