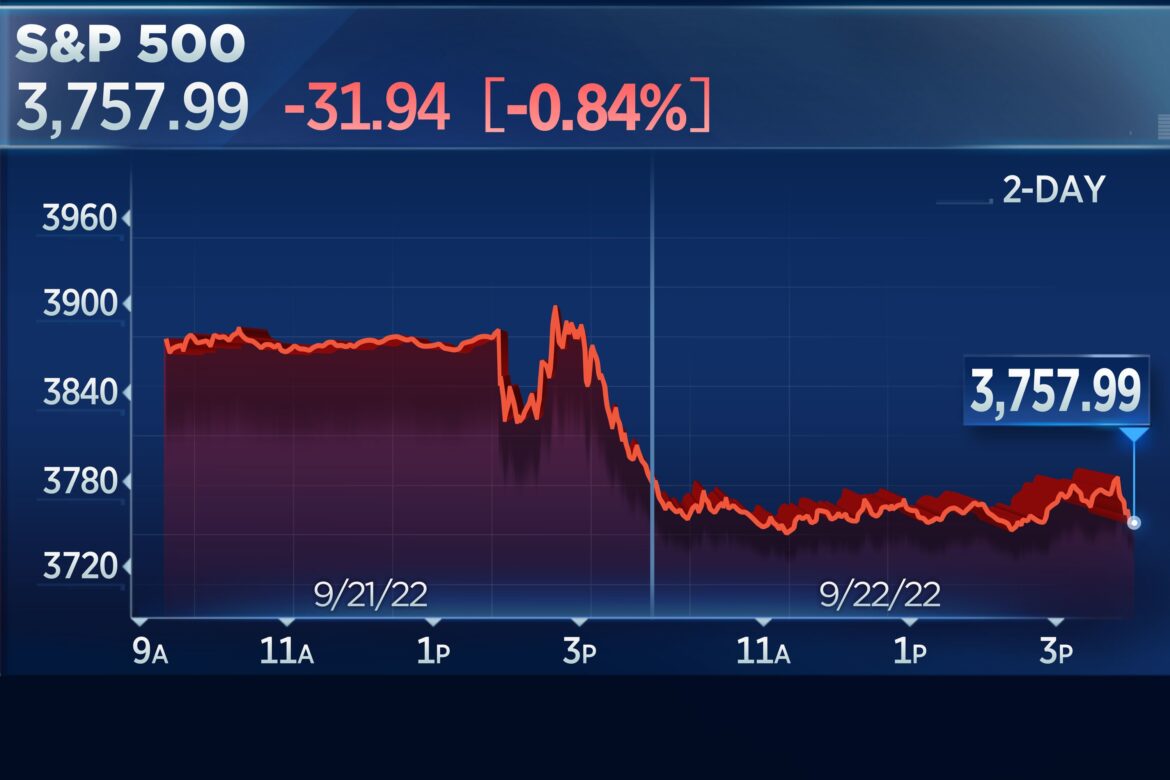 Stocks on Thursday posted their third straight daily decline, as mounting fears that the Federal Reserve’s aggressive rate hikes will push the economy into a recession dented risk appetite for investors.

Thursday’s session left the major averages on pace to close the week with losses. The Dow is down about 2.42% week to date, while the S&P and Nasdaq have tumbled 3% and 3.3%, respectively. The S&P and Dow closed Thursday 2.5% and 0.5% off their recent lows.

Bond yields surged again on Thursday, with the yields on the 10-year and 2-year Treasury notes notching fresh multiyear highs, hitting their highest levels since February 2011 and October 2007, respectively.

Thursday’s moves came after the Fed on Wednesday maintained its aggressive stance, enacting another 75 basis point hike and predicting bringing short-term rates as high as 4.4% by the end of 2022. Other central banks worldwide followed the Fed’s lead, implementing their own sizeable hikes overnight despite potential repercussions for the economy.

Growth-oriented tech stocks and semiconductors took a leg lower on Thursday amid fears of slowing economic growth. Industrials and consumer discretionary were the worst-performing S&P 500 sectors, losing about 1.7% and 2.2%, respectively, because of their reliance on the economy.

“The Fed’s paved the way for much of the world to continue with aggressive rate hikes, and that’s going to lead to a global recession, and how severe it is will be determined on how long it takes inflation to come down,” said Ed Moya, a senior market analyst at Oanda.

Defensive stocks outperformed with drugmakers and consumer staples in the green on Thursday. Eli Lilly shares gained 4.9% after UBS upgraded the stock and said it could be developing the biggest drug ever.