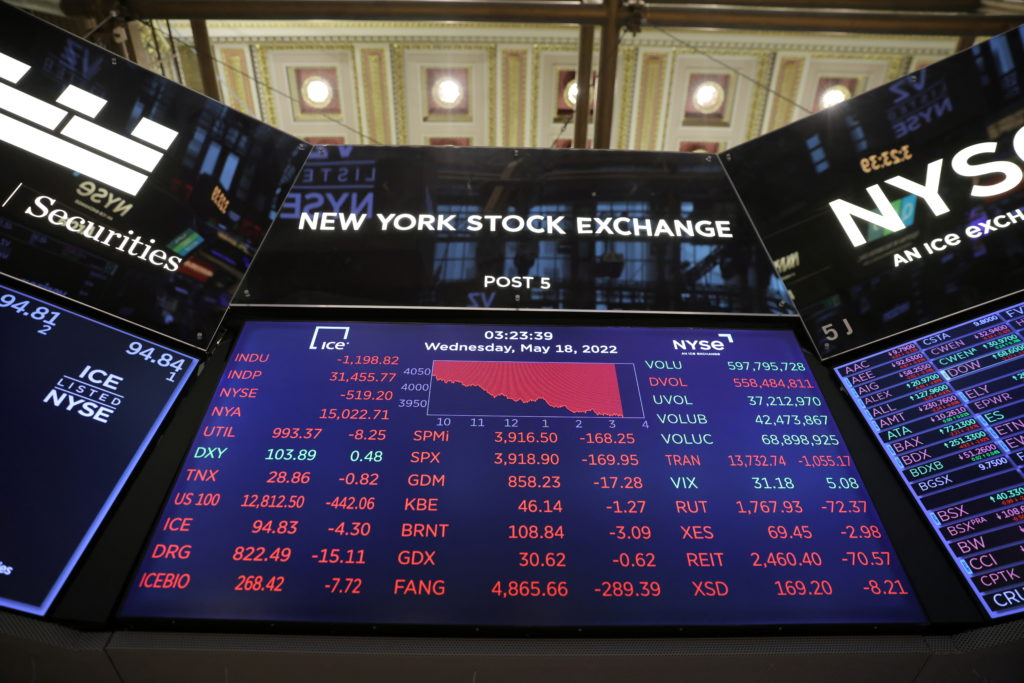 Stocks in London were up on a quiet Friday, with the FTSE 100 finishing the past five days higher following an important week for investor insight into central banks.

“Investors might not realise it, but we’ve just had an important week in terms of the potential direction of markets going forward. Signs that the Federal Reserve might slow down the pace of interest rate hikes is the first step towards the pivot in strategy desired by so many investors,” said Russ Mould at AJ Bell.

“A substantial majority of participants judged that a slowing in the pace of increase would likely soon be appropriate,” the November meeting minutes read.

Meanwhile, minutes from the European Central Bank revealed that the central bank said it might want to “pause” monetary tightening if there was a prolonged and deep recession.

In its October meeting, the ECB lifted its benchmark interest rates by 75 basis points, as expected, to keep a lid on inflation which it said remained “far too high”.

Policymakers argued that in the event of a “shallow recession”, the governing council should continue normalising and tightening monetary policy.

However, it said it might want to “pause” if there was a prolonged and deep recession, which “would be likely to curb inflation to a larger extent”.

The minutes said it was “clear” to members that rates would need to be raised further to reach a level that would deliver on the ECB’s 2% medium-term target.

In European equities on Friday, the CAC 40 in Paris closed up 0.1%, while the DAX 40 in Frankfurt finished flat.

Stocks in New York, meanwhile, were mixed at the London equities close. US markets returned today after the Thanksgiving holiday for a shortened session. The Dow Jones Industrial Average was up 0.5%, the S&P 500 was trading flat, and the Nasdaq Composite down 0.5%.

Back at home, Dave Ramsden, the Bank of England’s deputy governor for Markets & Banking, said on Thursday he expects further increases in bank rate will be needed to return inflation to the bank’s 2% target.

In early November, the BoE lifted rates by 75 basis points, with the base rate now standing at 3.00%.

“Assuming that in the near term the economy evolves broadly in line with the latest [monetary policy report] projections and given my assessment of the balance of risks, then I expect that further increases in bank rate are going to be required to ensure a sustainable return of inflation to target,” Ramsden said.

Chris Turner, analyst at ING said this hawkishness has played a “major role” in sterling’s recent recovery. However, he said, given a difficult risk environment into the year-end and early 2023 as central banks raise rates into recessions, sterling “should remain vulnerable.”

The euro stood at USD1.0395 at the European equities close on Friday, down against USD1.0405 at the same time on Thursday.

Against the yen, the dollar was trading at JPY139.22 late Friday, higher compared to JPY138.49 late Thursday.

SSE said it has reached a deal to offload a 25% holding in its SSEN Transmission unit, roughly a year after the energy firm announced it intended to sell a stake.

SSE expects GBP1.47 billion in proceeds from the sale of the stake in the electricity transmission network business.

The Cambridge, England-based industrial firm announced that a majority of shareholders voted in favour of the takeover by French energy management company Schneider Electric.

The takeover is still subject to sanctioning by a court that is expected to take place in the first quarter of 2023, however, Aveva expects the takeover to become effective in that quarter.

Earlier this month, Schneider increased its cash offer for the 41% of Aveva shares that it doesn’t already own.

Schneider is offering 3,225 pence in cash for each Aveva share, which values Aveva’s equity at GBP9.86 billion and implies an enterprise value of GBP10.57 billion.

In Paris, Schneider Electric closed down 0.3%.

On Thursday, the bootmaker gave a margin caution as it grappled with slower-than-expected growth in its direct-to-consumer arm.

It achieved a first-half earnings before interest, tax, depreciation and amortisation margin of 21.2%, in line with guidance, but down from 24.0% a year prior.

Looking forward, it said it expects its annual Ebitda margin to be 100 to 250 basis points weaker than a year earlier. Its Ebitda margin in financial 2022 was 29.0%.

Elsewhere in London, Devro jumped 60% after it agreed to a takeover by food manufacturing company Saria.

Separately, Devro said its “traded strongly” in the four months to October 31. Revenue was up 16% year-on-year, or 10% at constant currency.

Devro added current trading is “slightly ahead of the board’s expectations”.

Brent oil was quoted at USD85.21 a barrel at the London equities close on Friday, up slightly from USD85.08 late Thursday.

Gold was quoted at USD1,750.96 an ounce at the London equities close on Friday, lower against USD1,756.76 at the close on Thursday as the dollar, with which the yellow metal has an inverse relationship, strengthened.

In the economic calendar, Zoopla’s UK house price index will be published on Monday. In the week ahead, there’s a flash CPI reading from Europe on Wednesday as well as speeches from top central banking officials.

3 UK stocks more likely to win at World Cup than England. Should I buy?