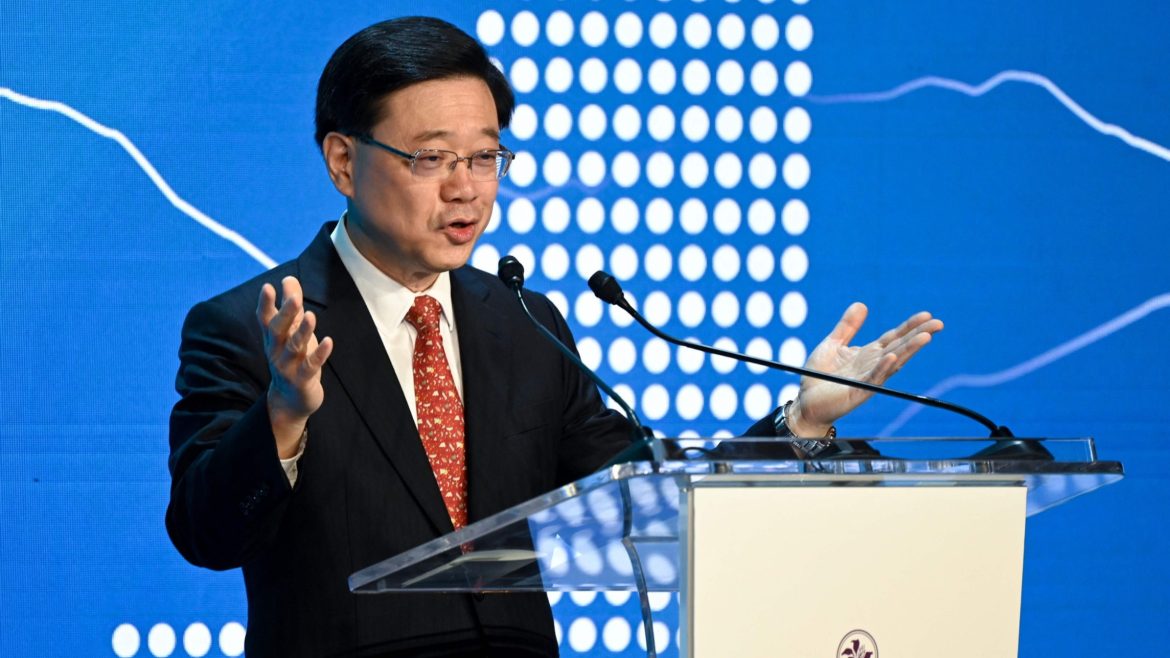 The Swap Connect, announced during Chinese president Xi Jinping’s high-profile visit to the city in July, has been positioned by officials as an important new channel for the further opening up of China’s vast onshore markets. The move was also celebrated as a boon for Hong Kong, where Covid-19 restrictions have throttled the economy and undermined the financial sector’s competitiveness.

The programme, however, will probably miss its target launch window of early January, two people familiar with the matter said, since regulators in Beijing have yet to publish even basic information on the final rules for the programme, nearly five months after its unveiling.

“There’s a lot of interest from financial institutions, but no one has seen any details,” said the head of one industry organisation in Hong Kong, who added that regulators in the city and mainland China would need to work through a number of pressing questions before any rules could be published.

“This involves complex jurisdictional and legal issues,” the industry head said. “It’s not just about trade execution. I don’t see how it can be achieved by early January.”

The Swap Connect is in the same mould as Hong Kong’s successful stock and bond connect programmes, which let offshore investors access China’s onshore debt and equity markets in Shanghai and Shenzhen.

The newest link will initially grant only foreign investors access to China’s renminbi-denominated interest rate swap market, which grew to about $5tn last year, according to data provider Clarus Financial Technology. There are plans to expand its scope and eventually allow mainland traders to access Hong Kong’s swap market as well.

The Swap Connect was first announced on July 4 by the People’s Bank of China, Hong Kong’s Securities and Futures Commission and the Hong Kong Monetary Authority. It will be run by Hong Kong Exchanges and Clearing in partnership with the China Foreign Exchange Trade System and Shanghai Clearing House.

In their announcement, regulators said the programme’s launch would “take place after six months from the date of this announcement”, while a separate statement from the HKMA said the relevant institutions would work “with a view to launching Swap Connect in six months”.

A subsequent statement from Hong Kong’s government confirmed the programme would officially launch in six months “following the completion of preparatory work including finalising the relevant rules and system development, and obtaining regulatory approvals”.

In response to requests for comment, the HKMA directed all inquiries about the Swap Connect to the SFC as the scheme’s lead regulator, while the SFC said: “As envisaged at the time of the joint announcement in July, the preparatory work is expected to take six months or longer.” HKEX said: “No launch date has yet been confirmed.”

John Lee, Hong Kong’s chief executive, had hailed the programme as a “milestone” in the city’s financial integration with the mainland that would “bolster investors’ confidence in our country’s steadfast support to the development of Hong Kong as an international financial centre”.

The anticipated delay in granting global investors greater access to tools for hedging interest rate risk in China comes amid sustained and substantial outflows from the country’s domestic bond market.

Foreign investors have dumped Rmb691bn ($97bn) worth of Chinese government debt this year in favour of dollar bonds, as rate rises by the US Federal Reserve have pushed yields on US Treasuries above those offered on their renminbi-denominated counterparts.

One official at a mainland organisation with ties to the PBoC said documents related to the Swap Connect which had been circulating internally in recent months were “basic and lacking in detail”. Industry veterans also said it would take time to get the Swap Connect up and running once the rules were finally published.

“The idea is that when they issue the final rules, the connect will be ready to go within several months,” said the head of legal affairs for another industry group in Hong Kong. “I’m pretty confident [the Swap Connect] will come out in the first half of next year.”