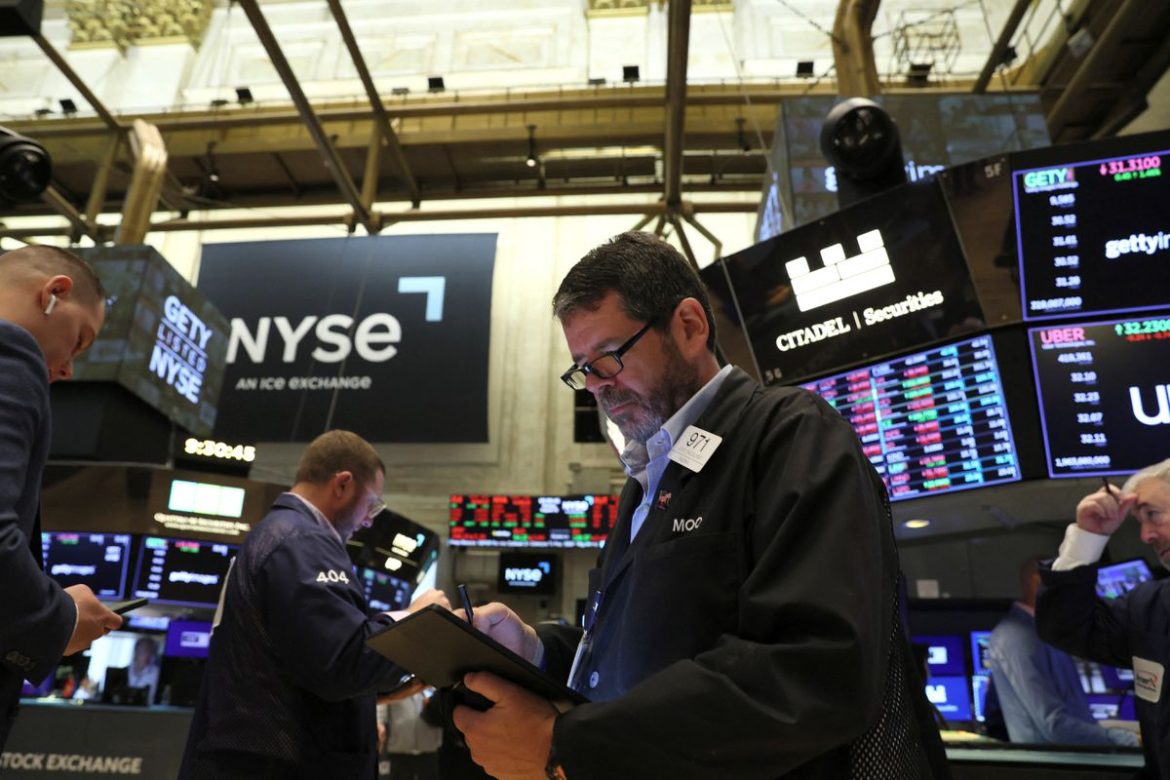 London, (UrduPoint / Pakistan Point News – 23rd Nov, 2022 ) :European and US stock markets wavered Wednesday on news that the eurozone and UK economies shrank in November but by less than the previous month.

Oil prices slid on fears of more painful Covid lockdowns in China that could ravage the Asian giant’s energy demand.

However, activity languished under 50 — signifying the fifth consecutive month of economic contraction as inflation spikes.

Britain’s composite PMI was also fractionally higher, from 48.2 to 48.3 in November, but that marked the fourth straight contraction.

“Both data suggest that recession is inevitable in both eurozone and UK economies, with the UK likely to be designated officially before the eurozone due to the weaker Q3 data,” Monex Europe analyst Maria Marcos told AFP.

“Despite the early volatility, all indices across the eurozone currently sit close to their opening levels, suggesting that the positive surprise in the data wasn’t enough to provide good news for investors.

” Elsewhere, Asian stocks rose on hopes that the Federal Reserve will carry out smaller US rate hikes at its next few meetings after inflation cooled in the world’s biggest economy.

But there is growing concern that a surge in China’s Covid-19 cases will see officials impose more economically-damaging restrictions.

The US Dollar sank more than one percent against the British pound as investors also mulled mixed earnings and economic data, while the euro steadied against the dollar and yen.

“An economic slowdown is expected to weigh on inflation, reducing the need for the Fed to maintain an aggressive tightening stance,” said City Index analyst Fawad Razaqzada.