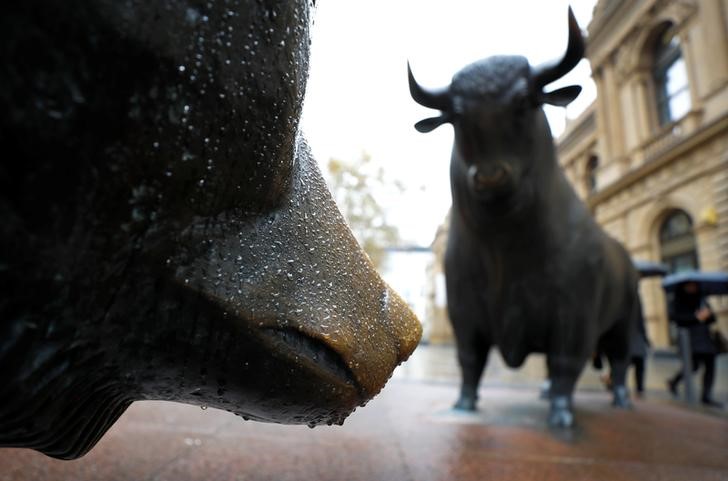 European stock markets edged higher Wednesday, but gains are limited ahead of the release of key Eurozone growth data.

European stocks have benefited of late from stronger-than-expected corporate earnings, but growth concerns remain a dominant theme, offering potential risks ahead for profits that could sap the market’s momentum.

The final reading of Eurozone Q2 GDP is due later in the session, and while preliminary data showed faster than expected growth, this could be the economy’s last hurrah as soaring energy prices weigh on consumer’s discretionary spending.

The inflation rate is moving closer to the 13.3% peak the Bank of England forecast for October, while warning that the country faces a deep and prolonged recession.

In corporate news, Uniper (ETR:UN01) stock fell 7.2% after the German energy company, which secured a 15 billion euro bailout last month, unveiled a net loss of more than 12 billion euros ($12.2 billion) for the first half, partly blaming lower Russian gas supplies that forced it to buy at much higher prices elsewhere.

Carlsberg (CSE:CARLb) stock rose 1.6% after the Danish brewer maintained its full-year guidance even after it reported second-quarter revenue below expectations as earnings were hit by higher commodity and energy prices.

Cineworld (LON:CINE) stock slumped 38% to an all-time low after the movie theater operator warned it may have to dilute shareholders with a massive balance sheet restructuring.

Crude stocks fell by about 448,000 barrels for the week ended Aug. 12, according to data from the industry body American Petroleum Institute, while gasoline inventories fell by about 4.5 million barrels.

Investors now await the official data from the Energy Information Administration, due later in the session, for confirmation.

Also of interest will be any more news on the talks to revive the 2015 Iran nuclear deal, with both Iran and the United States studying a proposal from the European Union, which could potentially remove sanctions on Iranian oil exports.