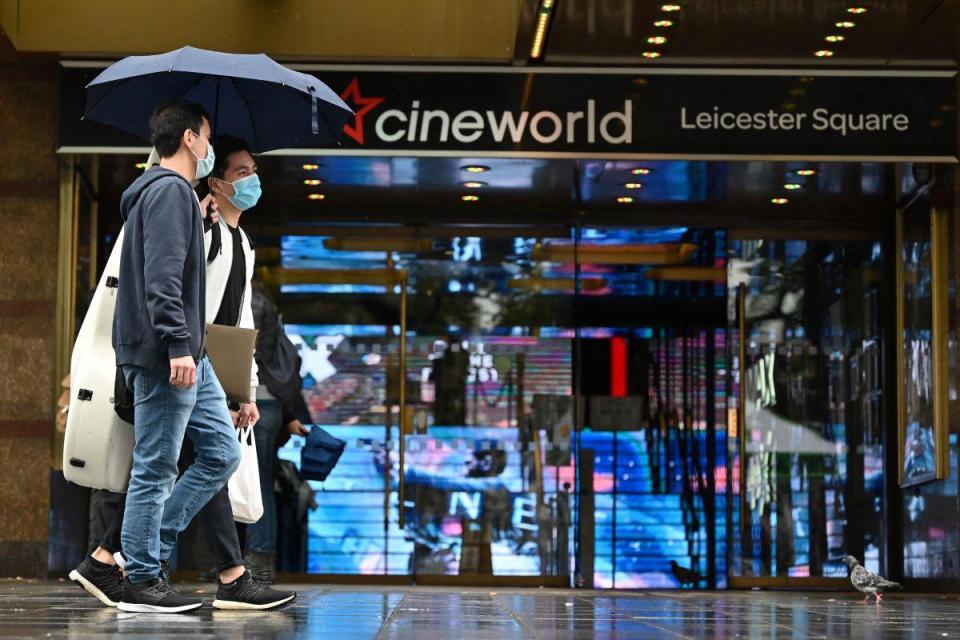 Investors remain on edge as central banks hike interest rates to fight runaway inflation, but which threatens to tip economies into recession.

Oil prices steadied after recent heavy falls caused by forecasts of weaker demand on slowing economic growth, while the possibility of an Iran nuclear deal that would boost supplies.

In foreign exchange, the pound firmed against the dollar as official data showed UK inflation soaring above 10 per cent. That increased expectations of a further sharp rise to the Bank of England’s main interest rate, according to economists.

Shares in heavily-indebted cinema chain Cineworld plunged 50 per cent to 10.5 pence in London after the group warned over weaker-than-expected ticket sales. Hit hard by pandemic lockdowns in Britain and the United States, Cineworld said it was further impacted since reopenings by a “limited” number of film releases.

Traders were meanwhile awaiting minutes from the Fed’s July meeting due later on Wednesday for insight into the size of the US central bank’s next rate hike.

We expect the… minutes to have a hawkish tilt,” said Carol Kong at Commonwealth Bank of Australia. “We would not be surprised if the minutes show (officials) considered a 100 basis points increase in July.”

The bank lifted rates by 75 points in both June and July.

While the Federal Reserve and its peers are expected to keep tightening monetary policy for the rest of the year, talk is building that they will be able to ease up in 2023 should inflation cool as expected by markets.

In Asia on Wednesday, major stock markets gained following a positive lead from Wall Street and hopes of Chinese stimulus.

China’s central bank on Monday announced a surprise interest rate cut, preceding a report that said Premier Li Keqiang called on six key provinces – accounting for about 40 per cent of the economy – to bolster pro-growth policies.