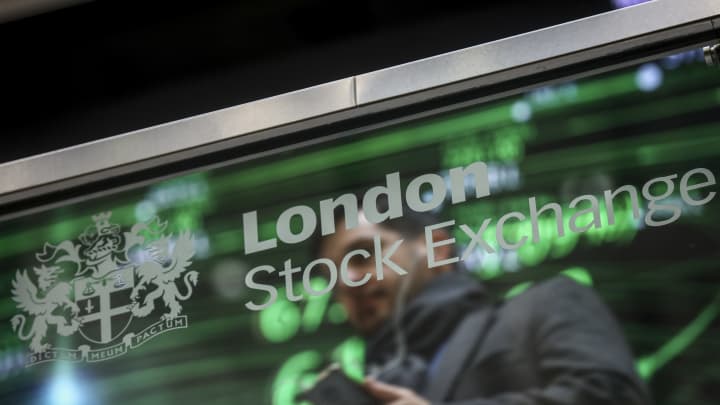 European markets were muted on Friday to close out an upbeat week, as the U.S. Federal Reserve’s latest meeting minutes added to expectations that monetary policy tightening may slow down.

The pan-European Stoxx 600 had slipped 0.25% in late afternoon trading, but pared losses to close flat. Sectors were a mixed bag, with mining and financial stocks shedding 0.6% and oil and gas adding 0.8%.

Credit Suisse shares continued to slide despite it securing more than $4 billion in funding from investors to fund its second strategic overhaul. It closed Friday down nearly 6% at 3.35 Swiss francs ($3.54), a new record low.

Minutes from the Fed’s November meeting signaled that the central bank is seeing progress in its fight against high inflation and is looking to slow the pace of rate hikes.

“A substantial majority of participants judged that a slowing in the pace of increase would likely soon be appropriate,” the minutes stated.

European investors also reacted well to several economic data points over the course of the week that have indicated a slightly shallower recession than previously feared.

Shares in Asia-Pacific were mostly lower on Friday, while U.S. markets rose after the Thanksgiving holiday on Thursday.

Europe’s Stoxx 600 index closed flat on Friday, rounding off an upbeat week that saw it surpass a three-month high and secure a sixth week of gains.

Expectations of slower Federal Reserve rate hikes and economic data suggesting that coming recessions in Germany and the wider euro zone may be shallow have cheered markets.

That was despite the negative performance of stocks such as Credit Suisse, which faces a major restructuring after several scandals.