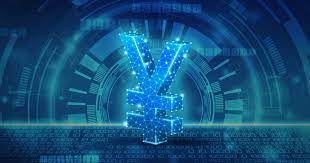 The pilot’s launch will dovetail with the bank’s one-year CBDC experiment set to end in April 2023.

The two-year pilot aims to determine any problems with deposits and withdrawals to and from bank accounts. It will also check whether the infrastructure is operational during natural disasters and without an internet connection. The bank will decide whether to take the CBDC live in 2026.

The Bank of Japan governor said in May 2022 that, while the Bank of Japan has not yet decided whether to launch a retail CBDC, the currency will help secure a safe and seamless infrastructure in the country.

Several other major global economies are in varying stages of CBDC testing. Others like Nigeria and Jamaica have been using one for some time.

The People’s Bank of China plans to expand the rollout of digital wallets for its e-CNY digital currency to several developed provinces by the end of 2022. It has already recorded $13.9 billion in e-CNY digital transactions.

On the other hand, the U.S., eurozone, and U.K. have some catching up to do.

Interestingly, the banking group will publicize the trial results but is under no obligation to participate in future phases of the project.

The Bank of England has set up a task force to oversee the use cases and operation for a CBDC but has yet to decide to proceed with one formally. It was originally promoted by former chancellor Rishi Sunak, now the prime minister of the U.K.

A CBDC can educate people before it is scrapped

While crypto enthusiasts warn that a CBDC could be a tool to consolidate the power of authoritarian regimes, a potential upside is that it can be a tool to educate people on the ins and outs of digital wallets and holding and spending digital currencies.

Once familiarized with digital transactions, CBDC users could easily opt to use cryptocurrencies alongside a CBDC or even scrap the CBDC altogether, as Nigerian citizens have done.

In Nigeria, e-Naira adoption had reached only 0.5% of its population a year after its launch, with citizens preferring private cryptocurrencies. Hampering adoption was the population’s general mistrust of the ruling elite and a certain degree of confusion.