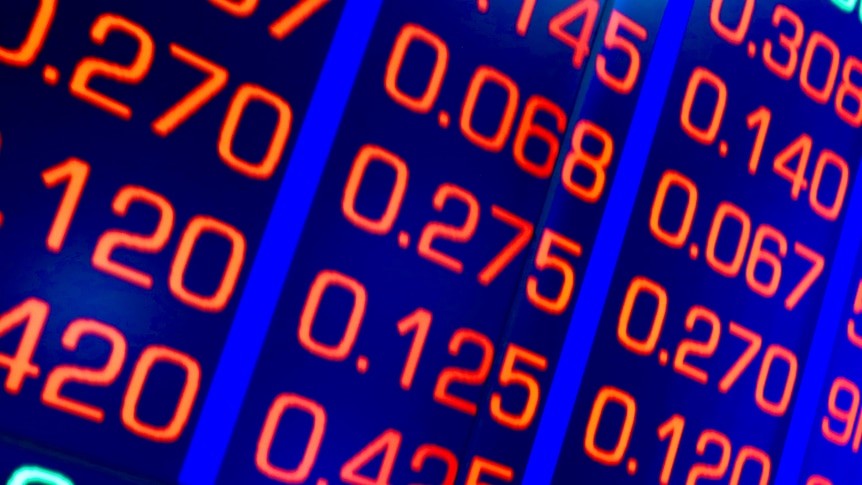 Australian shares have hit a more than two-month low, as investors returning to trading after a one-day holiday exited riskier assets following the US Federal Reserve reiterating its hawkish monetary policy outlook to fight soaring inflation.

Financials led the laggards, shedding about 1.7 per cent and losing for the sixth straight week, with the country’s largest banks falling between 1 per cent and 1.6 per cent.

The technology index lost about 4.4 per cent to hit its lowest since mid-July, with tech stocks tracking their peers on the Nasdaq.

Despite the mining sector closing down 0.2 per cent, the major mining trio Rio Tinto, BHP and Fortescue rose in the range of 0.6 per cent and 1.9 per cent, as iron ore prices rebounded in China upon higher demand for the steel-making ingredient.

OZ Minerals shares rose 1.7 per cent, after the miner said it would would invest about $US1.13 billion ($1.7 billion) to develop the West Musgrave copper-nickel project in Western Australia, as it looks to cash in on increasing demand for battery metals.

Stocks slump on Wall Street and in Europe

Shares tumbled globally on Thursday, after the US Fed lifted rates by an expected 75 basis points on Wednesday and signalled a longer trajectory for policy rates than markets had priced in, fuelling fears of further volatility in stock and bond trading in a year that has already seen bear markets in both asset classes.

The US central bank’s projections for economic growth, released on Wednesday, were also eye-catching, with growth predicted to be just 0.2 per cent this year, rising to 1.2 per cent for 2023.

Jitters were already present in the market after a number of companies — most recently FedEx and Ford Motor — issued dire outlooks for earnings.

As of Friday, the S&P 500’s estimated earnings growth for the third quarter is at 5 per cent, according to Refinitiv data. Excluding the energy sector, the growth rate is at -1.7 per cent.

The S&P 500’s forward price-to-earnings ratio, a common metric for valuing stocks, is at 16.8 times earnings — far below the nearly 22 times forward P/E that stocks commanded at the start of the year.

Nine of the 11 major S&P sectors fell, led by declines of 2.2 per cent and 1.7 per cent, respectively, in consumer discretionary and financial stocks.

Shares of mega-cap technology and growth companies such as Amazon, Tesla and Nvidia Corp fell between 1 per cent and 5.3 per cent as benchmark US Treasury yields hit an 11-year high.

Rising yields weigh particularly on valuations of companies in the technology sector, which have high expected future earnings and form a significant part of the market-cap-weighted indexes such as the S&P 500.

The S&P 500 tech sector has slumped 28 per cent so far this year, compared with a 21.2 per cent decline in the benchmark index.

“If we continue to have sticky inflation, and if [Federal Reserve chair Jerome] Powell sticks to his guns as he indicates, I think we enter recession and we see significant drawdown on earnings expectations,” Mike Mullaney, director of global markets at Boston Partners, said.

“If this happens, I have high conviction under those conditions that we break 3,636,” he added, referring to the S&P 500’s mid-June low, its weakest point of the year.

Oil rose in volatile trading on concerns an escalation of the war in Ukraine could further hurt supply.

U.S. stocks close down, on track for weekly loss, in wake of Fed rate hike and Powell speech