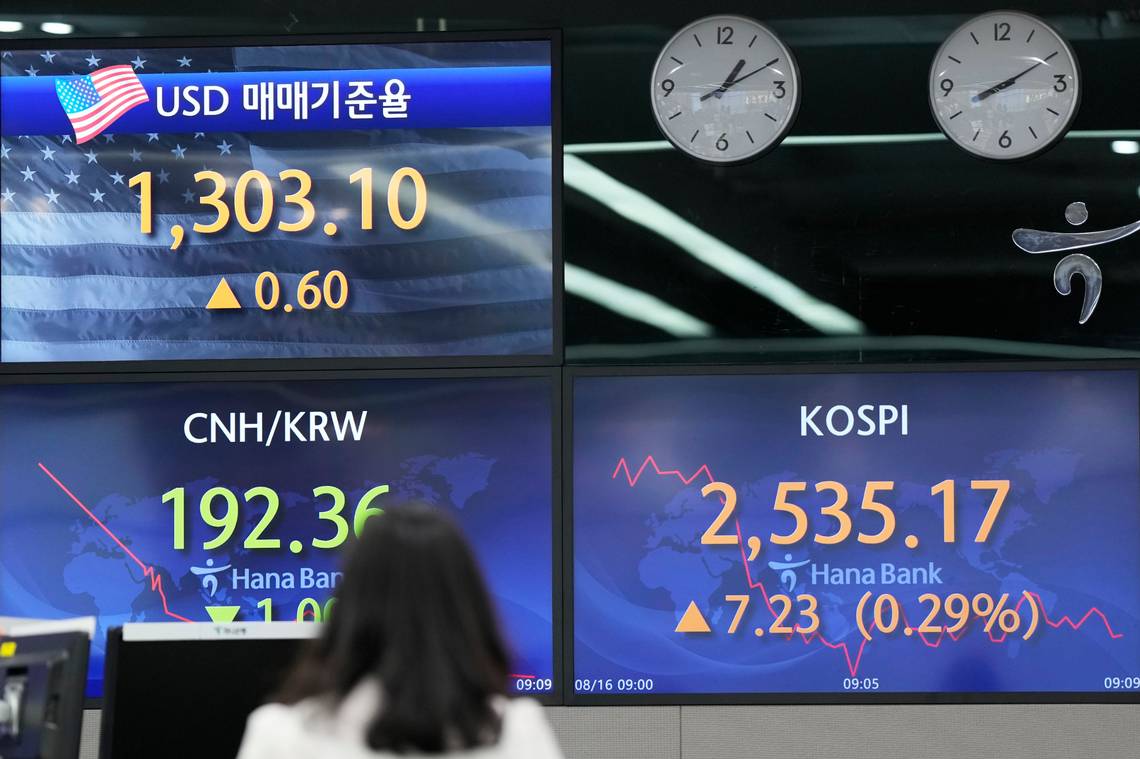 Asian shares were mostly higher Wednesday as regional markets looked to strong economic signs out of the U.S. and China as drivers of growth.

Benchmarks rose in morning trading in Japan, China and Australia, although shares dipped slightly in South Korea. Analysts warned major risks remain, such as surging cases of COVID-19 in some countries in Asia, worries about global inflation and China’s policies to curb infections.

“Expectations of economic growth in China and the U.S. will likely remain key to gauging recession fears. China’s ‘zero-COVID’ policy is still an important headwind for global growth,” said Anderson Alves at ActivTrades.

In New Zealand, the central bank raised its benchmark interest rate from 2.5% to 3% as it continues trying to battle inflation. The Reserve Bank of New Zealand said domestic spending had remained resilient in the face of local and global headwinds, and employment was robust. Lower oil prices had given some reprieve from inflation, the bank said, but it needed to continue tightening monetary conditions until inflation was brought back to its target range of 1% to 3%.

New Zealand’s inflation is running at 7.3% and unemployment at 3.3%.

In Japan, new cases of COVID-19 have been surging in recent weeks, as restrictions on economic activities ease. Ambulances have had to circle for hours looking for hospitals that can accept patients. But domestic travel and shopping appear to be back, boosting consumption.

Wall Street ended a choppy day of trading with a mostly higher finish, adding to the market’s recent string of gains.

U.S. stocks had their best month in a year and a half in July and the winning streak has been continuing into August, partially on hopes that inflation is easing. The latest government report on consumer prices showed that inflation essentially stalled from June to July.

The latest results from retailers show that spending remains solid, even as American consumers face the hottest inflation in 40 years. Wall Street has been concerned that higher prices on everything from food to clothing could eventually stunt the economy’s main engine of growth, consumer spending.

Investors will get more updates on the retail sector Wednesday, when Target reports its results and the U.S. Commerce Department releases its July retail sales report. Economists surveyed by FactSet expect modest 0.2% growth from June, when sales rose 1%.

The retail reports are capping off the latest round of corporate earnings, which have been closely watched by investors trying to determine inflation’s impact on businesses and consumers, while trying to gauge how the U.S. Federal Reserve will react.

The central bank is raising interest rates in an effort to slow down economic growth and rein in inflation, though it risks hitting the brakes too hard and veering the economy into a recession.

The Fed in July raised its benchmark interest rate by three-quarters of a point for a second-straight time. On Wednesday, Wall Street will get more details on the process behind that decision when the Fed releases minutes from that meeting. Investors expect a half-point increase at the Fed’s upcoming meeting in August, according to CME’s FedWatch tool.

S&P 500 industrial and consumer stocks face the biggest hit from a pickup in labor costs as the US sees the tightest job market since World War II, Goldman Sachs says