3 Stocks Traded by the Most Active U.S. Politician on Wall Street 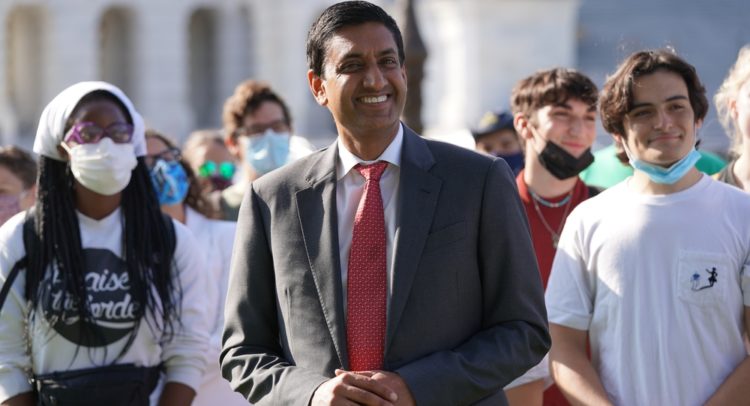 Rohit Khanna, the House Representative from California’s 17th Congressional District, was the most active politician trading in the U.S. stock markets in the past 30 days. The Democrat traded in 147 companies, which included 19 mega U.S. stocks. A close track of his transactions in the past month reveals that the Congressman traded actively in these three mega-cap companies: Alphabet Inc. (NASDAQ: GOOGL), Microsoft Corporation (NASDAQ: MSFT), and Meta Platforms, Inc. (NASDAQ: META).

For prospective investors, it is worth mentioning that shares of GOOGL increased 11.6% in the last 30 days. While MSFT stock rose 15.1% in the past month, META stock advanced 7.3% in the same period.

In addition to these technology companies, the member of the Armed Services, Agriculture, and Oversight and Reform committees traded in companies belonging to communications services, industrials, financials, and other industries.

Using TipRanks’ Stock Comparison tool, a consolidated chart has been designed for the abovementioned stocks bought and sold by Khanna.

In addition to Rohit Khanna, retail investors also took a keen interest in GOOGL. The total number of portfolios with exposure to GOOGL shares has increased 4.1% in the past 30 days, while the same for top-performing portfolios has advanced 21.1%.

Analysts are also unanimously optimistic about the prospects of Google’s parent company, which commands a Strong Buy consensus rating based on 30 Buys and two Holds. GOOGL’s average price forecast of $142.63 suggests 17.2% upside potential from the current level. Strength in Cloud and Search and benefits from investments in computing and artificial intelligence are forecast to favor Alphabet in the years ahead.

It is worth mentioning that retail investors have increased their exposure to MSFT stock by 1.3% in the past month. Interestingly, investments of top investors in MSFT stock have grown 11.5% in the last 30 days.

Despite macro challenges, healthy office products and cloud services businesses for commercial customers and consumers are anticipated to be beneficial for MSFT stock. With solid prospects, the $2.2-trillion software and hardware technology company commands a Strong Buy consensus rating, which is based on 28 Buys and two Holds. Microsoft’s average price target is $325.77, reflecting 11.29% upside potential from the current level.

In addition to Rohit Khanna, retail investors actively traded in META stocks. The total number of portfolios was down 0.4%, while the top portfolios with exposure to META stock increased 12.2% in the last 30 days.

The company is facing headwinds from macroeconomic uncertainties, which are severely impacting its advertising business. Despite this, strength in the Reality Labs business, its investments in growth opportunities, and growth in daily active users are encouraging. On TipRanks, analysts are cautiously optimistic about the growth prospects of Meta Platforms and have a Moderate Buy consensus rating based on 28 Buys, five Holds, and two Sells. META’s average price forecast of $227.03 reflects upside potential of 26.5% from the current level.

The trading activities of Congressman Rohit Khanna and the performance of his diversified portfolio could be useful for investors looking to gain exposure to the U.S. stock market. Interestingly, the U.S. markets have improved in the past month, braving all macroeconomic and geopolitical headwinds. While the NYSE has grown 10% in the past month, the NASDAQ and S&P 500 have advanced 15.3% and 12.4%, respectively.